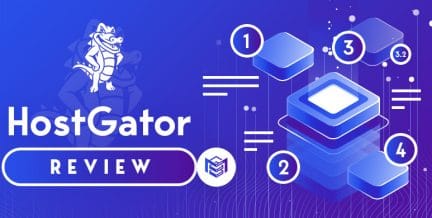 Launched back in 2002 as an ambitious one-man project, HostGator is one of the oldest and most popular web hosting providers on the market. The company is also known as being one of the largest domain registrars around and has recently launched a website builder that can go head to head even with the likes […] 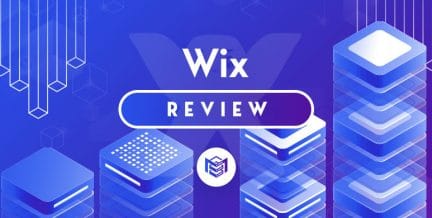 Building a website on your own used to be considered difficult not too long ago. First, you had to try out various hosting services until you found a solid option that didn’t charge you an arm and a leg. Then, you had to take care of the building process itself, which wasn’t exactly a walk […]

I think it’s pretty safe to say that SiteGround is a jack-of-all-trades when it comes to hosting. While the company is perhaps best known for its very appealing shared hosting packages, it also offers cloud hosting, reseller hosting, and even specialized plans for enterprises and eCommerce enthusiasts. In addition, SiteGround is widely known as being […] 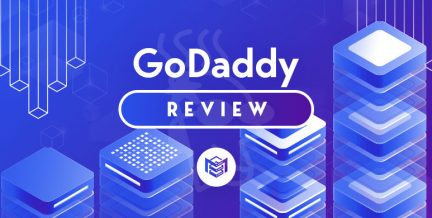 GoDaddy is one of the biggest Web hosts on the internet. From the outside, GoDaddy cuts the figure of a Web host that is trendy, cool and just the right amount of edgy (if their Super Bowl adverts are anything to go by). However, anyone conversant with the language of the public image will know […] 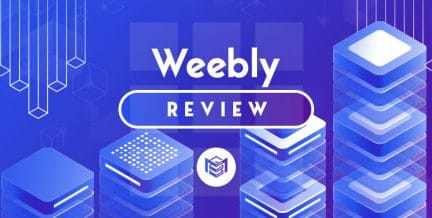 Weebly Review – A Well-Rounded Website Builder With Plenty to Offer

Even in 2020 a lot of people still think that building a website is no simple feat. While it’s true that the process can require a lot of time and effort in some cases, for the most part, now pretty much anyone can create a new website with relative ease. That’s because these days you […] 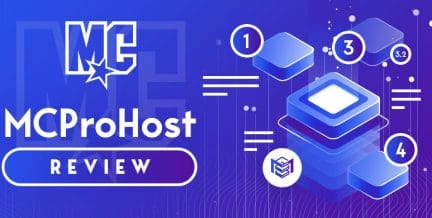 Are you thinking about hosting a Minecraft server but don’t know how to get started? Well, you can either try doing it the hard way or the efficient way. The hard way would be to host the server on your own computer. You wouldn’t have to spend any money by picking this option but you […]

Having a Facebook page or a Twitter account isn’t enough, your small business NEEDS a website. Social media can be great for keeping in touch with your customers, but a website provides the ultimate hub where customers, and potential customers, can find you on the internet. You can display all of the most important information, […]

WordPress is our favorite platform for creating and maintaining a website. Whether you’re making a blog, a website for your school or organization, a small business website to attract new customers, an eCommerce shop to sell your wares around the world, or any other of the countless things you can do with a website, WordPress […]

We’ve put together this resource for people who are looking to save a few bucks on their hosting. If you don’t really care how the sausage is made, and you just want to see our top picks, we’ll start with that. If you want more information about what makes one company the best cheap hosting, […]

Today we’ll be talking about Bluehost, an extremely popular company that provides, you know it, hosting services. Why do we say Bluehost is popular? Is it because the company has over two million websites hosted on its servers, or because it is one of the only three hosts officially recommended by WordPress? In fact, that […]

Managed WordPress hosting is not only the easiest way to get your website setup, but it’s also one of the most affordable hosting options when you factor in all of the support you’ll be getting and the fact that there are numerous plans available for any budget, and it’s also the most popular way to […]

If you’re looking to sign up with your very first hosting provider you might be tempted to go for the cheapest possible option, which is understandable. After all, you don’t really need an expensive hosting plan unless you have a sizeable website that gets a good amount of traffic. For the longest time, novice webmasters […] 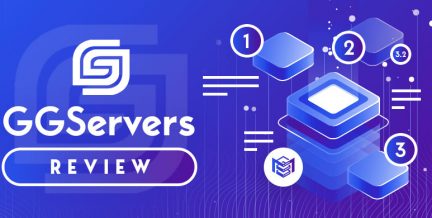 GGservers is a well-known hosting provider that was established back in 2013. A Canadian-based company, GGServers specializes exclusively on Minecraft servers for the time being. However, that is expected to change in the near future as the provider is currently building the infrastructure and systems needed to support Ark: Survival Evolved, Rust, Garry’s Mod, and […]

New multiplayer games are coming out pretty much on a weekly basis nowadays so it’s easy to see why a lot of gamers don’t spend much time playing older titles anymore. Well, Minecraft is a bit of an exception. In spite of the fact that the game is turning 8-years-old this month, Minecraft’s player base […]

Shockbyte is one of the most popular providers of game servers on the market right now. The company started off in Australia back in 2013 and gradually made a name for itself over the years thanks to its quality services. Initially, Shockbyte focused exclusively on offering Minecraft hosting and that remains a big part of […]

Server.pro Review – The Good, the Bad, and the Ugly

WP Engine is a little bit different than some of the other hosting companies we’ve featured and reviewed in the past, which is perfect for a lot of users, but not ideal for certain other use-cases. Let’s take an in-depth look at what sets them apart, where they excel, and who may want to avoid […]

We’ve spent a lot of time putting together this VeeroTech review covering the great things they do, where they could improve, and giving you all the crucial information to know whether they’re the right host for you so that you can make an informed decision when it’s time to hit that Order button and get […]

Vultr is an unmanaged VPS hosting solution for people who want the performance of a VPS, but don’t want to pay a higher price than they would pay for normal shared hosting. Another advantage that you will discover reading our Vultr review is that with this type of cloud VPS hosting  you can very easily […]

In this Knownhost review, we’re going to take an in-depth look at why this company has developed such a good reputation over the years, and why they’re so commonly recommended. KnownHost is a reliable web hosting company that has been around for over a decade, which is good to know when choosing a host because […]

InMotion Hosting has been around since 2001, which is a lot earlier than most people realize. They’re not always the first hosting brand that comes to mind for the average consumer, who are likely more familiar with brands like Hostgator, GoDaddy, and Bluehost – but InMotion Hosting have been quietly providing excellent service for a […]

Hawk Host has been gaining a lot of traction lately, they’re not as well-known as bigger brands like HostGator or BlueHost, but they are a very solid host who seems to focus more on providing a reasonable service for their users than spending a fortune on advertising. They’re doing a good job, and have been […]

WordPress is, without a doubt, the easiest way for you to set-up a secure website without any specialized help. It’s likely the reason why over 1/3 of the entire Internet is actually powered by the WordPress platform. Although GoDaddy WordPress hosting plans are a relatively new option in their portfolio, the U.S. domain registrar […]

If your company and/or website(s) is growing at an unprecedented rate, it might be high time for you to make the leap from shared hosting to a virtual private server (VPS). A VPS is exactly what you’d expect from something bearing this name. You get your own (virtual) share of a physical server – which […]

You know how you sometimes have an idea that looks amazing on paper, but always falls short of your expectations when you try to implement it? The GoDaddy reseller option is one of those theoretically sound, yet practically unwise decisions. In this GoDaddy reseller review, I’ll take you through the ups and downs of the […]

DreamHost has been around since all the way back in 1996. Just for some context, other popular hosting companies like Bluehost, Hostgator, and SiteGround were founded in 2003, 2002, and 2004. DreamHost was founded by a group of undergraduate students, and has grown to become one of the top hosting brands in the business for […]

Digital Ocean is all about simplicity and no frills. If you’re beyond being a novice user and don’t need a managed VPS, after reading this Digital Ocean review, you’ll see that it’s one of the best choices in the entire world. It’s geared towards developers and people who aren’t afraid to roll up their sleeves […]

BlueHost is like Beyond Meat for the dev world – easy to make, affordable, incredibly tasty, and guilt-free. If you’ve been thinking about building your own website and got to do even the tiniest bit of research, you’ve probably stumbled across BlueHost as one of the best and easiest ways to get online. I also […]

2021 is expected to bring close to $5 trillion in worldwide eCommerce sales, while the number of online shoppers is drastically increasing on a yearly basis. It’s no wonder that businesses who start online are likely to grow at a faster rate. In this BlueHost eCommerce review, I’m going to tell you why this web […]

Although BlueHost does not necessarily offer a premium service in terms of VPS hosting, you’ll notice that most BlueHost VPS reviews are overwhelmingly positive – and for good reason. This company’s main target audience is comprised of people or businesses who want to get online quickly, but do not have extensive knowledge in the field. […]

Back in 2012, BlueHost began to offer free CDN services to their existing users through a partnership with CloudFare, but it was only in 2015 that the company published its own proper cloud hosting service, referred to as BlueHost Cloud Sites. Since then, BlueHost has only improved its offer. If you’re looking through BlueHost cloud […]

A2 Hosting Review for Cheap, Simple, and Reliable Websites

There are certain truths in the world of hosting that you just can’t escape. One of them is the fact that for top of the line servers, you need to dish out a lot of dough, but simple shared hosting is good enough for the vast majority of websites. With inexpensive hosting packages, you’re not […]

When you hear “Adult Web Hosting” you probably think of nudity and sex, and that’s a good chunk of it, but there are plenty of other adult topics that aren’t necessarily suitable for minors to view or read, and topics that, while legal, may still run afoul of the terms and conditions of many popular […]
About Us
MAMBOSERVERcontact@mamboserver.com
Founded in 2013
10M+ Users
We guide our users through the jungle of choosing a reliable web host or to see if they are getting the most for their bucks - something we love doing.
CONTACT US
Useful Pages
About UsPrivacy PolicyTerms of Service
Reviews
Luminati ReviewShockbyte ReviewBluehost ReviewGoDaddy ReviewScalaCube Review
We use cookies to ensure that we give you the best experience on our website. If you continue to use this site we will assume that you are happy with it.Ok