A2 Hosting vs. SiteGround – A Breakdown of Price, Speed & Reliability

Choosing between hosting companies can be a confusing process, especially when everyone is trying to promise you the world, so today we're going to discuss the Top differences between A2 Hosting and Siteground.

We've taken many popular hosts for a spin to give you our first-hand experiences, and this time around we're going to be comparing A2 Hosting vs SiteGround. Both of these hosts are established and have been around for a while, and both of them are best known for their shared hosting packages, so we're going to focus on shared hosting reviews initially, and then we'll compare some of the other offerings from each company. 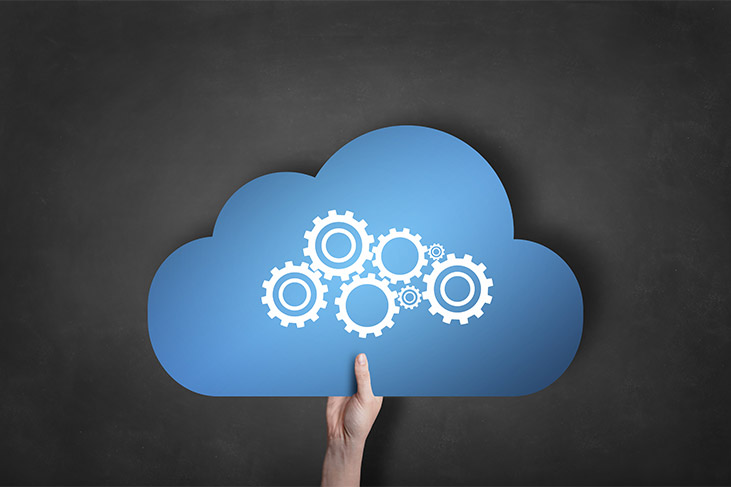 First things first, we're going to cover some things you need to know about shared web hosting before you start shopping for a host. Next up, we'll go into each of these brands more in-depth to see how they match up with our expectations and requirements. After reading all of that, you'll have an excellent idea of how both of these hosting companies compare.

Basic Info about SiteGround and A2 Hosting

SiteGround is a privately held company with over 400 employees who have been offering hosting services for over a decade. They have come out against PIPA and SOPA, various bills that would impact a free and open internet. A2 Hosting is owned by its founder and operates independently. There's a lot to like about both of these brands, and they're two of the most popular and most highly recommended shared hosting companies out there, but there are also a few things that differentiate them from one another.

We're going to be comparing them in the context of shared hosting since that was both companies are best known for are their main offerings. We'll just mention quickly to get it out of the way, however, that both of these brands offer additional plans as well, such as VPS and cloud hosting. However, there are other options we'd recommend when it comes to higher-tier hosting solutions where we believe you can get a better value.

None the less, these are two competent shared hosts, here's a quick rundown of some of their specs, followed by a more in-depth explanation.

They offer three tiers of shared hosting. The first one is only worth considering if you only plan on hosting one single site. For more than one website, you'll look to look at the other two plans.

You'll notice the big difference between Lite and Swift is that Swift allows for more sites, and supposedly also offers twice the resources. The big difference between Turbo and the other plans is the Turbo feature, which claims that it can make your site up to 20X faster. We definitely believe the rare site is able to achieve speeds 20x faster in particular circumstances. However, we also must acknowledge that “up to” means plenty of websites won't experience as drastic of a speed increase if any at all.

Still, is Turbo worthwhile? What is it? Basically, with shared hosting, your site is placed on the same server as a bunch of different sites, like a big pool. With VPS hosting, you can still be sharing the same hardware, but your little slice of the pie has been separated from the other sites – but once again, with shared, it's more like a free for all with everyone sharing the same pool of resources.

Turbo claims to put you on servers with less neighbouring sites, so it's less crowded, and in theory, you should get better performance and more resources at your disposal.

Next up, there's a look at what SiteGround brings to the table with their shared hosting plans. It's nice that they break things down a lot more precisely than A2 Hosting does. Rather than saying “Unlimited”, they give you specifics. The problem with “unlimited” plans is that nothing is truly unlimited, they just call it that since the average user is unlikely ever to hit the thresholds. Still, it can be kind of misleading, so seeing a more details breakdown is always welcome.

The prices are pretty similar, and generally speaking, both are offering a similar experience, but we have to give the nod in this category to SiteGround for better transparency in what they're providing.

When it comes to hosting, speed matters, a faster site offers a better experience for your users, so they're more likely to come back. Not only that but if your page takes too long to load initially, most people will have already clicked out or swiped back already.

The website WPDingo conducted an in-depth speed comparison over many months, and SiteGround came out on top by a notable margin. They used both GTmetrix & Pingdom to compare speed results. When it comes to downtime, SiteGround won by a drastic amount. This was an interesting test because it was spread out, it wasn't just taking a snapshot for one moment in time, but rather comparing both hosts across the span of months.

A2 has also shared the results of their own speed test that they ran in order to compare themselves to SiteGround, and the results were a lot less skewed in favour of SiteGround this time around. A2 won by a much smaller margin in their own tests than the margin with which SiteGround beat them in WPDingo's tests.

Most shared hosts are not THAT much different from one another. Some will have better hardware, more generous plans, various features, more beautiful interfaces, and things like that, but at the end of the day, the significant differentiating factor is their support staff and technicians. Having a team of support staff on your side who can help with any issues that come up is a huge plus.

If a hosting company has poorly trained staff, or lower-paid “front line” staff members meant to delegate the support tickets, it can add an extra layer that saves the host money but creates a worse experience for the customer. Well-trained and helpful staff are always a huge sign that you're dealing with an excellent host and should be one of the most critical factors that you consider.

Some Info on SiteGround's Customer Support:

We have to give SiteGround a shoutout for having around the clock live chat, support tickets, and 24/7 phone support. It's hit or miss with many hosts as to whether or not they'll offer phone support, but it's always nice to be able to pick up the phone and actually speak to someone when you're in a time of crisis when your site is down, and your customers are left hanging. Waiting for live chats or support tickets can be frustrating in an emergency, yet perfectly acceptable for more minor things.

A2 Hosting also deserves credit for their support, as they too have a support ticket system, along with LiveChat and the option to call them on the phone. They don't mention their ticket times, and this is another example of an area where SiteGround is totally transparent, whereas A2 is playing their cards a little closer to their chest.

In this case, it's hard to pick a winner. We could give the nod to SiteGround again for being a little more open about their average support ticket times, but A2 also has a reliable support and even has a Skype account you can contact them on, and local phone numbers set up for their clients from all around the world. In this case, it's a wash; they're both doing well.

Verdict: Best Choice Between A2 Hosting vs SiteGround

This is a tough one to pick a winner since both hosts do a good job, and offer great value at a very reasonable price. Shared hosting is tricky because you could have a bad experience with one host if you're just unlucky and end up on a bad server, or you could have a great experience with a less-than-stellar host only based once again on luck. As such, the best you can hope for is to do your research, understand some of the different hosting options out there, and then to go with the one who seems to get it right the most often.

Between these two, we're confident recommending either of them for shared hosting options. We picked two perfect hosts to compare, and it's tough to pick a clear winner. But overall, all things considered, we're giving the nod to SiteGround because we think we're a better fit overall for more people, and they seem more upfront and transparent generally speaking, and that's enough to edge out the victory.

In addition to the shared hosting plans both companies are best known for, here's a look at some of their other offerings:

When it comes to SiteGround, they offer dedicated servers starting at over $200 per month, and custom enterprise solutions. They also have fully managed cloud hosting plans starting at $80 per month. If you need a dedicated server or a custom enterprise solution, it's worth speaking to them to see how they meet your needs. As far as the managed cloud hosting goes, they still may be better options for you.

Thank you for reading! We appreciate your support.
Spread the word

Article written by
Author Scott Whatley
Contributor & Writer
About
As a programmer and a geek, Scott always had a passion for servers. This passion has eventually led him to a deep dive into the hosting world for the past few years. Now he shares all the accumulated knowledge with all of our readers through detailed reviews, comparisons, and guides. His only purpose is to help users make the right choice for their websites, with no exceptions.
Comparisons Category
Related Articles
Looking for more? View Category 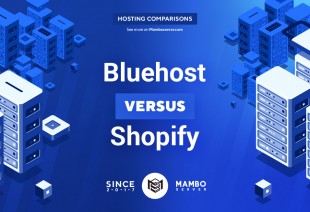 DigitalOcean vs AWS
Leave a reply Cancel reply
We use cookies to ensure that we give you the best experience on our website. If you continue to use this site we will assume that you are happy with it.AcceptDecline