What is VPS Hosting & How To Choose the BEST One

Author Scott Whatley
Disclosure: When you purchase through links on our site, we may earn a referral fee.
Learn More
Contents
Need Personal
Hosting Advice?
Speak with our Experts ➜

VPS stands for Virtual Private Server, and it’s a very versatile option when it comes to hosting a website. On this page, we’re going to go over a few different popular types of servers, and explain some things like what is VPS good for, which types of sites can benefit from this kind of hosting plan and more. Finally, we’ll recommend the best VPS hosts based on our extensive tests and research.

What is VPS Hosting?

Think of a VPS as kind of like a server within another server. As a matter of fact, a VPS is actually a collection of servers inside another, larger server.

One of the easier ways to explain what it is, is to explain the other types of hosting that are out there. By understanding shared hosting and dedicated hosting, VPS becomes a lot clearer. So, real quick…

At the end of the day, it’s about choosing the one that fits your site the best. Also, don’t get VPS confused with VPN! A virtual private NETWORK is different than a virtual private SERVER. A VPN is useful for getting around internet restrictions, it allows you to funnel your connection from where you are actually located, to make it seem like you’re somewhere else.

It’s useful for privacy, for getting around geographical restrictions, and more. A VPN, as you know by now, is a place that you can store your website on the internet.

How Does it Work? 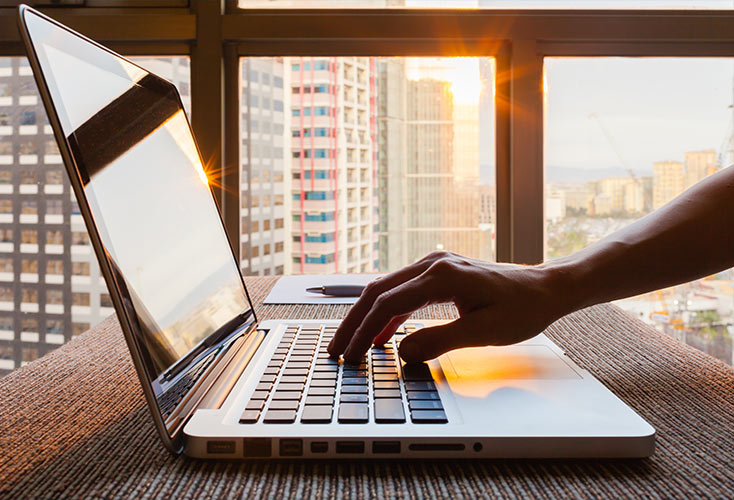 Now that we’ve compared what a VPS is to the other popular types of servers that are available, let’s talk a little more about how a VPS actually works. VPS servers (It’s common to refer to them like  this, even thought it’s kind of like saying ‘ATM machine’) are perhaps the best value out there when you measure performance to cost. Of course, they’re not all created equal.

There are some providers with great reputations and incredible offerings, and there are others that aren’t so great. We’ll help you pick out the best ones before the end of this page, but for now, here’s how they work…

Through the compartmentalization of a larger server, and dedicated resources for each compartment, virtual private servers can safety give users root access, which opens up a whole new world of optimization, performance, and functionality. Since webmasters are given Root access to the VPS Server, they can typically administrator the server via connecting to it with a an FTP, SFTP, SSH or SCP client software – as Many of these VPS servers come pre-installed with an Secure file transfer Service, which makes it safer to access and transfer files.

The isolated hosting environment of a VPS has a ton of advantages over shared hosting, namely security, performance, and functionality. It has the same benefits afforded by a dedicated server, without the higher cost. Having said that, there are some advantages of a dedicated server, too, in particular when it comes to performance and the ability to handle a heavy load of users at any given time.

What is the Best VPS?

First things first, before we reveal our favorite VPS providers out there that have the best plans, the best service, and are the best choices – let’s quickly compare to types of VPS.

Managed: This means that the server is fired up with software on it already, you’ll have your operating system installed and you’ll be ready to roll right out of the gates. Also, when its time to update things or when there are crucial security patches to install, the hosting company is going to handle that for you. They’re going to handle pretty much everything, including helping with software that you’ve installed on your server, like WordPress.

With a managed VPS, all you really have to focus on is growing your website, the hosting company’s support staff will take care of everything else for you. For a price. Managed hosting universally costs more than unmanaged, but it’s an important option to consider if you aren’t super tech-savvy or if you’re not already experience with server management.

There are a lot of things that go wrong, and they might not always be obvious until it’s too late, which is why we strongly recommend most users opt for the managed option.

Unmanaged: Having said that, an unmanaged VPS can be an excellent choice for people who know their way around server setup and administration. It costs quite a bit less than a managed VPS, and in many cases it’s even less expensive than shared hosting. But you do have to sacrifice all of that help and support.

You’re pretty much on your own, the hosting company will provide the bare-bones server, it’s your job to install the operating system, to install any crucial updates, to ensure everything is secure and optimized, and so on.

Digital Ocean is one of the most popular providers of unmanaged hosting, but here’s our list of Digital Ocean alternatives to check out the VERY BEST unmanaged VPS servers.

Other Things to Know

In a lot of cases, you get what you pay for. When companies charge surprisingly low prices, it’s often because they’re cutting corners in some area or another. That’s not always a bad thing, especially if you can live without whatever they’ve scaled back on.

Perhaps they offer a lot less storage, but you don’t need much, for instance. In many cases, the higher priced managed VPS servers offer a much higher level of customer support, the lower-cost ones are able to offer those prices because their support departments are understaffed and under-trained.

With most hosts, it’s easy to start off with an affordable shared server and then work your way up to VPS and finally to a dedicated server as your site becomes more popular. If you’re going to be conducting business from your site, or if the site is going to get a fair amount of visitors from the get-go, we recommend just starting out with a VPS to save yourself some hassle, and not have to worry about your site going down from too many visitors right as you’re starting to pick up steam.

Many hosting companies run similar software on the back-end, so it’s really easy to find tons of guides to help if you run into trouble. Most brands also have their own help sections packed with information.

Hopefully this has helped clear up your questions, and shine some light on this type of server.

Scott Whatley
Contributor & Writer
About the Author
As a programmer and a geek, Scott always had a passion for servers. This passion has eventually led him to a deep dive into the hosting world for the past few years. Now he shares all the accumulated knowledge with all of our readers through detailed reviews, comparisons, and guides. His only purpose is to help users make the right choice for their websites, with no exceptions.
See all posts by Scott Whatley➜
Leave a reply Cancel reply
↑
We use cookies to ensure that we give you the best experience on our website. If you continue to use this site we will assume that you are happy with it.AcceptDecline