Learn all about one of the biggest web hosting providers and see if it is a good fit for your website as well.

Author Vlad Melnic
Disclosure: When you purchase through links on our site, we may earn a referral fee.
Learn More
Contents
Need Personal
Hosting Advice?
Speak with our Experts ➜

Bluehost is one of the biggest names in the web hosting industry. It’s impossible to look up web hosting and not come across it, but is it the right host for you? That’s what we’re here to find out.

In what follows, we’ll look at everything from the company’s history to who should use its services and how. In addition, we’ll provide useful links to our in-depth articles about Bluehost’s plans, features, and pricing, so there will be no stone left unturned. Let’s jump right in.

Bluehost is a web hosting provider that focuses on affordable, but powerful hosting. Its goal is to empower all users – beginners and pros – with tools that make it easier to create, launch, and host a website.

In fact, according to our tests, Bluehost is the best all-round web host – and we don’t make this statement lightly. We’ve tested Bluehost over a period of several years, and we continue to do so in order to ensure that it maintains the same standard of quality. You can see for yourself the results of our latest speed benchmarks below:

Having reviewed dozens of popular web hosts, we can safely say that it doesn’t get much better than this. Bluehost ensures that your website loads quickly by performing server-wide optimizations. The best part? You don’t have to worry about this setup yourself.

Nor do you have to worry about potential downtime. Throughout the entire time we’ve tested Bluehost, our website had an average of 99.99% uptime, which is well above the industry standard.

But you don’t have to take our word for it. For more details and extensive tests, head over to our expert Bluehost review.

Compared to most other web hosting providers, Bluehost joined the industry very early on. Its founder, Matt Heaton, began the project as a free hosting service called 0catch.com. His goal was to make web hosting accessible to everyone, but he quickly realized that the number of features he could offer for free was quite limited.

This was the main reason why, in 2003, Matt Heaton founded Bluehost, a company that focused entirely on affordable shared hosting options. In just four years, over 500,000 domains were registered with Bluehost. By 2008, the number nearly doubled, and today, Bluehost powers more than two million websites worldwide.

In 2010, the company was acquired by the Endurance International Group, alongside other important names like HostGator. However, Bluehost’s standard of quality remained unchanged, and it continues to be one of the most popular web hosts to date.

In 2013, Bluehost launched its VPS and dedicated server options, which broadened its reach even further. If before, the provider was best suited for small websites and beginners, the solutions launched in 2013 enabled it to handle massive, high-traffic websites and accommodate the needs of both newbies and seasoned developers.

Still, Bluehost never lost its ambition to create a user-friendly experience with its platform. To date, the provider’s affordability and ease of use remain its strongest suits.

How to Use Bluehost

One of Bluehost’s most impressive features is its clean interface. Whether you’re a beginner or a web developer, you’ll appreciate that the entire platform is built around ease of use and essential time-saving tools.

If you’ve never hosted a website before, don’t worry. Once you log into your account, Bluehost gives you step-by-step recommendations for what you should do next. You can also read our detailed guide to setting up your account for more help.

Bluehost makes it very easy to install and configure WordPress. The servers are optimized for the CMS by default, and the tech team takes care of all software updates for you. There are other perks too, so make sure to read our guide to using WordPress with Bluehost if you want to build a WordPress website.

That said, Bluehost doesn’t limit you to any one CMS. Instead, it gives you the freedom to use the framework of your choice, and the possibility to set it up with just a couple of clicks. If you prefer Joomla, Drupal, Magento, or any other popular CMS, Bluehost has you covered.

Or perhaps you want an even simpler solution. Drag-and-drop website builders are hands down, the easiest way to create and launch a professional-looking site. Bluehost knows this, which is why it includes the Weebly builder on all plans.

Who Is Bluehost For?

With more than two decades of experience in web hosting, Bluehost can now cater to almost any needs. Our advice is, go with Bluehost if:

But perhaps what makes Bluehost most accessible is its low cost. If you’re willing to commit to a long-term plan, you can get an excellent deal for a price that is well below the industry average. If you’re not sure about which plan you should choose, you can check out our review of Bluehost’s plans and pricing.

In addition, Bluehost’s versatility is an integral part of its success. These are just some of the people who use Bluehost:

If you want to sell products on your website, Bluehost can help. Its affordable WooCommerce plans are specifically optimized for eCommerce, and come with useful features like the preinstalled Storefront theme, inventory management, an integrated shopping cart, and more.

To get more help setting up your online store with Bluehost, head over to our Bluehost ecommerce review.

How Does Bluehost Compare to Other Hosts?

In an increasingly competitive industry, Bluehost has had to constantly update its offer in order to stay in the game. According to our tests, Bluehost remains the best overall web host, but there are a few noteworthy competitors that might catch your eye.

Bluehost’s sister company, HostGator, is one such example. With unlimited storage space even on the entry-level plan, its own website builder, and a similarly attractive price, HostGator is a worthy competitor, even though it might lack some of Bluehost’s more advanced features. To find out more, you can read our expert Bluehost vs. HostGator comparison.

You can also check out the table below to see how Bluehost does against other popular providers:

Alternatively, if ease of use is your main priority, you might be tempted to turn to a popular website builder like SiteGround, Squarespace, or WordPress.com. These tools make it incredibly simple to launch a website, but they have a few significant drawbacks that you should know about. You can get the details in our:

Finally, for an online store, you’ll have to decide between Bluehost and other popular eCommerce platforms like Shopify. Don’t worry, though: you’ll find everything you need to know about the matchup in our Bluehost vs. Shopify comparison.

Do We Recommend Bluehost?

We recommend Bluehost because its shared hosting plans offer an outstanding mix of performance, ease of use, and reasonable pricing.

Whether you’re just starting out with your first website or you have big plans for a massive online store, Bluehost is likely to have a solution to suit your needs, at a fair cost. Plus, you’ll have plenty of help to get started if you’re a beginner.

With 24/7 live chat and phone support, a wide range of one-click installations, and the Weebly drag-and-drop website builder, you’ll have no trouble getting online quickly without ever having to see a line of code.

Unlike most website builders and eCommerce platforms, Bluehost gives you full creative control over your website. You get extensive customization options plus the convenience of a clean, user-friendly interface: a combo that is hard to beat, even by our standards. 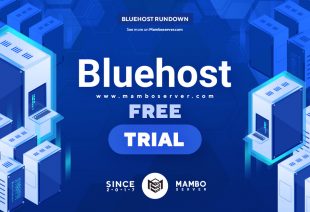 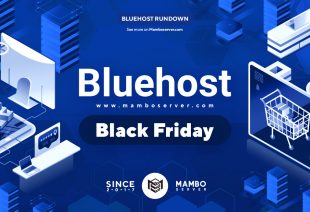 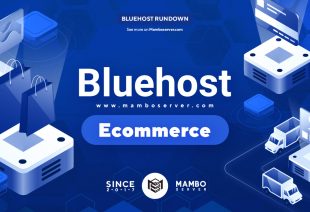 Bluehost Basic vs. Plus 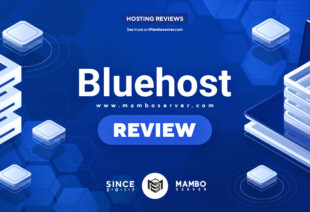 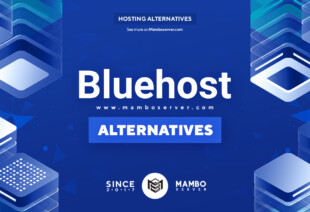 Jason Moth, 5 days ago
Load More
↑
We use cookies to ensure that we give you the best experience on our website. If you continue to use this site we will assume that you are happy with it.AcceptDecline